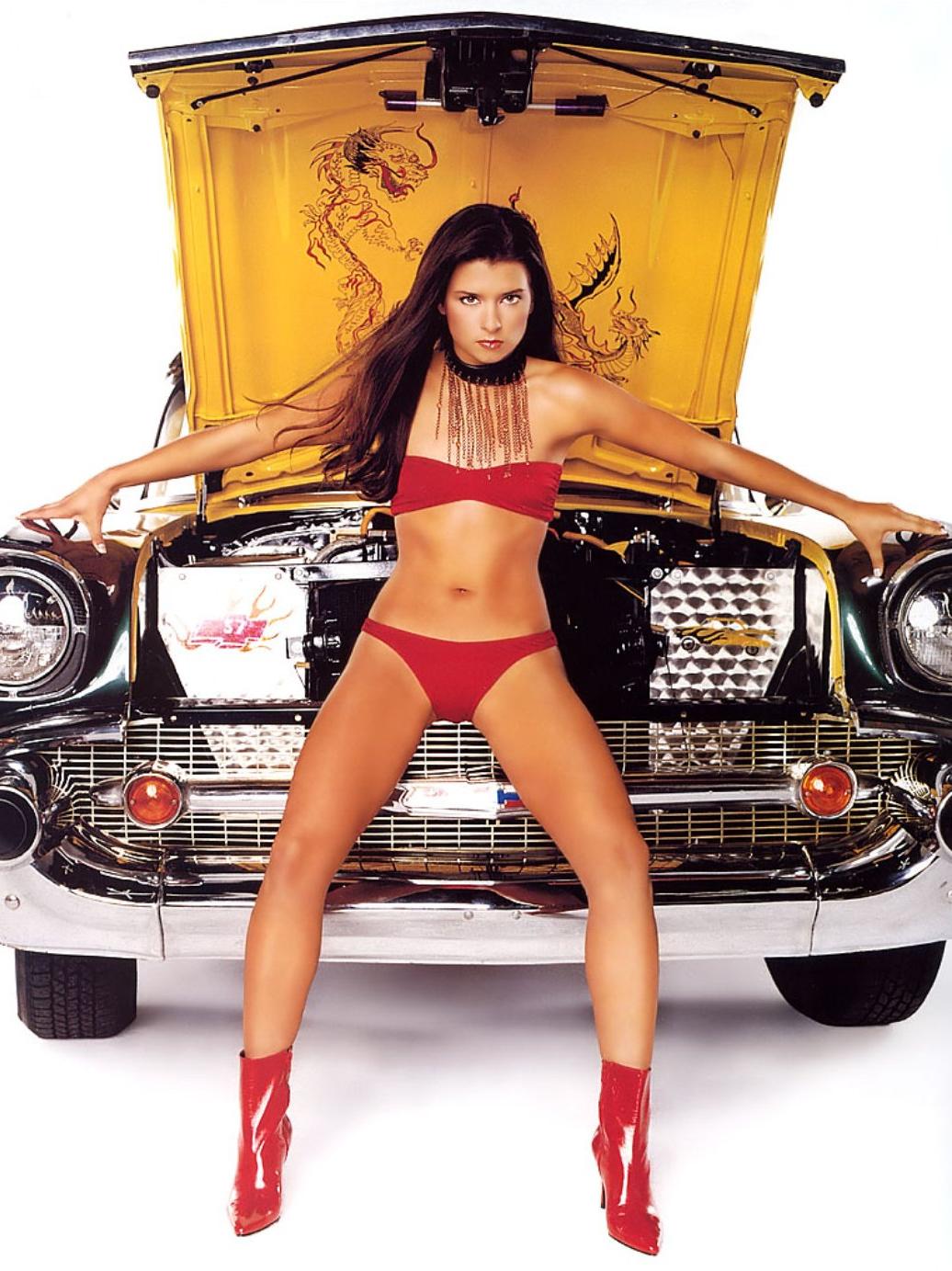 I think she looks hotter in the jump suit, personally. I’m hoping that her new promotions involve her wearing more clothes.

Would you see a male race car driver posed with no clothes in front of a car?

See, I have no problems with selling products using your image. The Williams sisters got some great Nike contracts, and Nike has some great ads (of course, with their religious upbringing, I don’t think their father would let them be caught dead half-dressed for any reason, which gets into issues of why in the hell 20-something women are still getting bossed around by their dads, but I digress). Anyhow, as somebody who’s always looking for ways I can get my passion to give me two pennies to rub together, I can see the allure of throwing on a bikini and photoshopping in front of a car.

But ideally I’d prefer the ad to say something more about my image than, “I can wear a red bikini and look super sexy after a good airbrushing.”

I mean, shit, after a good air brushing I’d look good in a red bikini.

I gotta say I’m not surprised Danika’s taking her clothes off, but I was hoping for better.